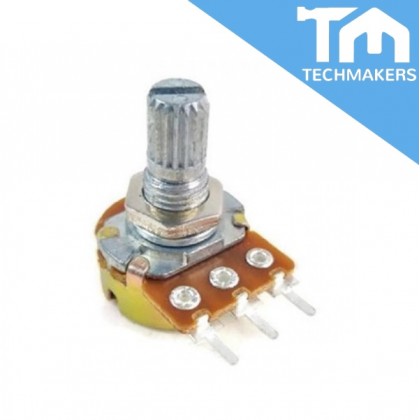 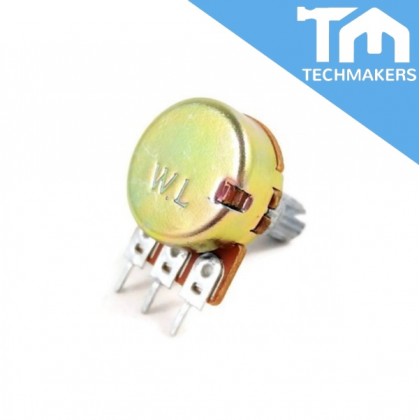 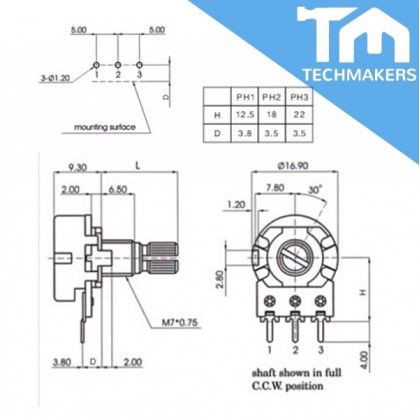 A Potentiometer is a three terminal resistor with a rotating contact that forms an adjustable voltage divider, therefore also known as potential divider as it divides the voltage in proportion to the resistance. If one end is shorted with the wiper, it will act as a variable resistor.

All the dimensions are in mm. 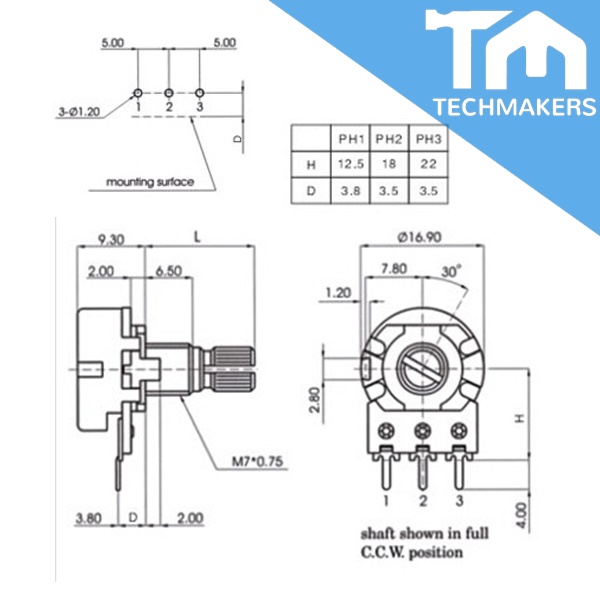